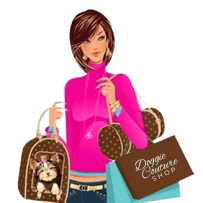 Loss of A Best Friend

Have you ever lost your pet…your best friend?  As a pet owner we all know it is in the horizon but we don’t like to think about it.  I had 4 original pets.  Baker (who was my best friend), Cosmo, Max the Cat and Chico my Chihuahua.  Chico is the only one of my original 4 still with me.  He is 14 and now has some heart problems.  (see the blog on senior pets).  My life has always revolved around my babies.

Cosmo was my first loss.  I tried everything to keep him, probably too much.  He was on a feeding tube for 30 days.  I had to mix his food in a blender and feed him through a tube in his neck.  After that did not cure him he had several surgeries before he finally lost his battle.  I probably kept him with me a little too long but he was my first baby and I was not ready to lose him.  Two days later my dad found a little baby cat (maybe 8 weeks old) dragging her leg behind her.  She had been picked up by a hawk or an owl and her spine and vertebrae had been broken.  He called me and told me how cute she was and how bad he felt for her. I went to the vet and they explained how she was a special needs cat.  She can’t feel her waist down so she can’t pee on her own.  They showed me how to pee her daily  and 7 years later she is doing great. I think taking care of Cosmo when he was sick gave me the confidence that I could take care of her.

Baker left me not too long after Cosmo.  He had a bloody nose one morning and I took him to my vet and she diagnosed him with a nose tumor.  We live close to one of the best animal hospitals  (CSU) in the country and they perform cancer treatments that are state of the art.  He had radiation done on his nose in a  2 week program. It was a success…however, he must have had cancer elsewhere and one night at 2 am he started not breathing very well so he went back over there (they are open 24 hours a day) and they couldn’t save him.  My heart was literally broken.  I couldn’t stop crying.  I thought that was it…no more dogs for me.  I can’t possibly go through this again… but after a couple months I missed having a big dog that you can just throw your arms around and hug! The doodle craze was taking over and my husband hates dog hair so we decided to get a sheepadoodle. (no not a rescue this time) Enter Cookie the craziest dog ever!  I have never met a sweeter dog but he iust is so crazy.   Back to 4 pets.

Not for long!   Cyrus was now 5 and we were all cruising along and healthy.  He woke up one morning and insisted on going to a local rescue.  Just kept talking about it non stop and wanted to buy them some supplies.  We drove up there to drop off everything and he wanted to walk a dog.  Enter Lucy in the mix.  She is a  lab mix and has the biggest heart of any dog I have ever met.  We walked her and kissed  on her and left.  A few days later we saw on Facebook that she was the only dog not fostered out for Christmas.  So Christmas Eve we brought her home to foster.  She never went back.  This dog is absolutely amazing.  She is a gentle beautiful soul.  I don’t think the fostering thing is for me.  I told someone I was a foster failure because she stayed but they called it a success because she found her fur ever home.  We could not love that dog any more than we do.

Last summer Max got sick.  He was about 17 at the time.  We thought he had an infected tooth and when it got pulled out the bone came with it.  It was not looking to good for Max so Cyrus (now 8) was extremely sad.  Max was his cat.  He was the only pet he could carry around the house.  I think Max was at the vet for 2 or 3 weeks while waiting for him to get better.  We did not hold much hope but we were going to try.  My mom and sister were getting little dogs (yorkies) and Cyrus needed something to carry to.  We decided to look for a little rescue dog for him.  Meet Hope!  We were walking into a PetsMart (not even our normal one… I think we had been to this one maybe once—).  My sister and Cyrus walk up to this rescue out front and asked if they had a little dog.  Out comes Hope and she just gave kisses and wagged her tail.  You could just see in her eyes “please take me home”.  We walked her around the store and she was so nice to everyone.  We were in love immediately!  We found out she came from a shelter in Kansas and was going to be put to sleep.  How could this sweet little dog ever be put to sleep.  She became our travel dog and goes everywhere with us.  Oh forgot to tell you.. Max was ok.  So now we were up to 6!

Max came home and was doing pretty good until a couple months later.  Took him to the emergency vet and found he was at the beginning of kidney failure.  We had to administer an IV for fluids for him a few times a week.   He was doing great until about 2 months ago and we had to say goodbye.  However, we did get a whole extra year out of him that we never imagined.  The house was a little lonely without our Max.  18 years of having him you really notice when they are gone.  Again… I said no more cats.  We have enough animals in this house (which we do).  Enter Cyrus again…. we were at the vet getting medicine and staring at us was the cutest little black cat that was begging to come home…. here we go again!!!!

I guess we can never plan out how things will go or how they will end… but the journey with our pets on this earth sure is fun and rewarding while they are here and heartbreaking when we lose them.  But I guess the hurt is worth it … it just means we loved them.    When the time is right you might find another pet that needs a home as much as you need a pet!  Our shelters are full of beautiful babies who are just waiting for their fur-ever home.  Give them a chance to fill that empty hole in your heart.  When the time is right … you will know

Designed By Marketing By Rob 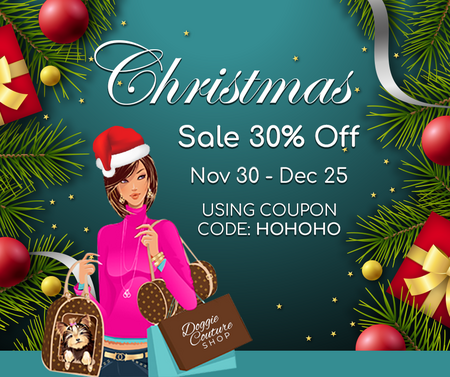